I meant to post this a few weeks back when David Letterman announced his pending 2015 retirement. I stumbled across this posting of a 1990 GQ article about and interview with David Letterman, and it is fascinating. It reads like a fictional short story imagining Letterman’s anxiety at the first crossroads of his cultural relevance, written by someone wise to the ensuing 20-plus years of late night skirmishes, betrayals and heartbreaks unfold.

The GQ article asks this question a mere eight years into Letterman’s original NBC Late Night run: Has Letterman grown stale and surrendered his throne as the most relevant, subversive and inventive comedy force in late night?

His primary threat for supremacy in June of 1990? Arsenio Hall.

Even the subtitle of the article seems impossible today: “David Letterman — Is he still the king of hip?”

But from 1982 through 1990, Letterman was indeed a late-night revolutionary, upending and expanding our expectations about what entertain could be after 11:30 p.m. He hounded and humiliated his corporate G.E. bosses and bewildered celebrities with his brash lack of reverence to their status.

“I just don’t want to look like a ninny,” he says, savagely shoving on what must be one of his hundreds of pairs of almost-new Adidases and sounding every bit the grouch off-camera as on. “You’re going to make me look like a complete ninny, aren’t you?”

But two things stand out as pop culture museum artifacts from 1990. First is the perceived threat posed by Arsenio. It’s easy to forget what a pop culture phenomenon Arsenio’s show became. Hall commanded attention and relevance that drew A-list celebrities to a late-night forum and audience that had never existed before. The woof-woofing, everyone’s-invited-to-the-party vibe Hall created resembles the happy celebrity goof-fest that Jimmy Fallon has crafted on the Tonight Show.

All of that said, this paragraph from the article seems as peculiar as asking whether the crafty BetaMax and its cult technology followers would unseat the supremacy of the VHS:

Letterman is off his feed because of all the attention being lavished — he thinks squandered — on the new host on the block, Arsenio Hall. Letterman’s probably sick of hearing about Hall (whose ads for Late Night Cool are about as aggressively competitive as you can get) and reading about Hall (who scored 100 on the publicity charts by landing the cover of Time; Letterman has rated only Newsweek). It doesn’t help that Hall is perpetually hyped for being black and young (two things Dave can do little about) and is inevitably praised for his attitude — “the hip and irreverent Arsenio Hall.”

So spoon-bending asshole and discredited psychic punchline Uri Geller tried to stir up some attention for himself by claiming that “substantial” Malaysians solicited his magic bullshit powers to help find the missing Flight 370.

He asked his Twitter followers (and who are the 7,000 losers who follow Uri Geller?) “Can you please try to ‘see’ where YOU believe the plane went down? How and why, what are you own feelings, what does your intuitive sense tell you. THANKYOU.”

I predict that history will view me as laughably insignificant

And he said this out loud on purpose about his “remote viewing” capabilities in response to a reporter: “It works by people sending their mind through space and time. I have been asked by quite a substantial figure in Malaysia what my feelings are about this situation.”

Geller is a parasite. There are 239 lives in the balance as this bizarre tragedy unfolds. Their families desperately seek hope and answers. It’s beyond reprehensible for Geller to trade on that fear and uncertainty to draw attention to himself and his parlor tricks. And it’s disrespectful to ask his mini-legion of dipshit wannabe clairvoyants to post and tweet their visions of Flight 370’s fate. If he had shame, he’d be overcome by it.

Let’s close this out with a classic clip of Johnny Carson humiliating a young Geller on The Tonight Show many years ago. So wonderful.

I guess the building wasn’t big enough to spell out “Don’t let the door hit you in the ass.” Ok, thx. 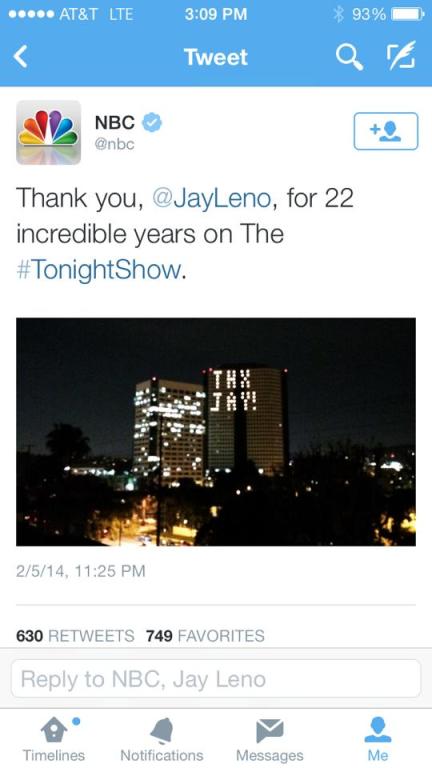 The going away cake said “We Love You Jay Lemo!”

Fortuitous ad timing and placement for Toyota on CNN.com.

Bieber actually makes me nostalgic for the days when Canada sent us Anne Murray.

Also, isn’t one of the N’s in CNN supposed to stand for “News”?

Kurt Sutter, creator and executive producer of Sons of Anarchy on FX, has launched a hilariously bitter and vulgar Twitter war against the Academy of Television Arts and Sciences for completely shutting his show out in today’s Emmy nominations. Some highlights:

We don’t watch the show (although we’ve heard it’s good), but we are thoroughly amused by Sutter’s reckless, heartfelt tirade against the Academy for the snub. It’s refreshing, in a nasty, petty, vindictive, disproportionately self-satisfied sort of way.

But we’re most impressed at how absolutely Fabiolous Kurt Sutter looks: 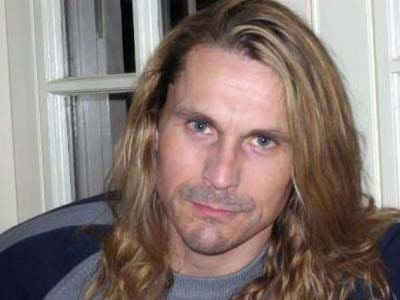 You should see me with a dead bird on my face